In this 3rd installment on our series of infographics on the World Bank, People Over Profit analysed the major corporate contracts issued by World Bank to Chinese TNCs and MNCs.

TNCs and MNCs continue to bag the most lucrative contracts from the World Bank Group. Corporations from China have secured a large number of these contracts making the country the top foreign supplier to the top 10 countries that acquire WBG loans. Among the top 10 foreign country suppliers to the top 10 borrowers, China and India are the only non-OECD members.

The China Ghezouba Group which is the 4th largest supplier in China, also signed contracts in Pakistan, Ethiopia, and Indonesia with a total amount of 2,010,063,232; making it the largest Chinese foreign contractor in the top 10 borrowing countries. In Turkey, Chinese company China Tianchen Engineering Corporation signed a 604,554,632 contract to supply and install facilities for an underground natural gas storage. Sinohydro Corporation on the other hand signed contracts in Ethiopia and Pakistan amounting to 391,083,082 for transportation and energy infrastructure. China Tiesiju Civil Engineering Group, a subsidiary of China Railway Engineering Corporation, signed contracts in Ethiopia amounting 305,869,862 for road and construction projects. In Brazil, China National Machinery Import and Export Corporation and CNR Changchun Railway Vehicles signed contracts both amounting 289,482,736 to supply transport vehicles. 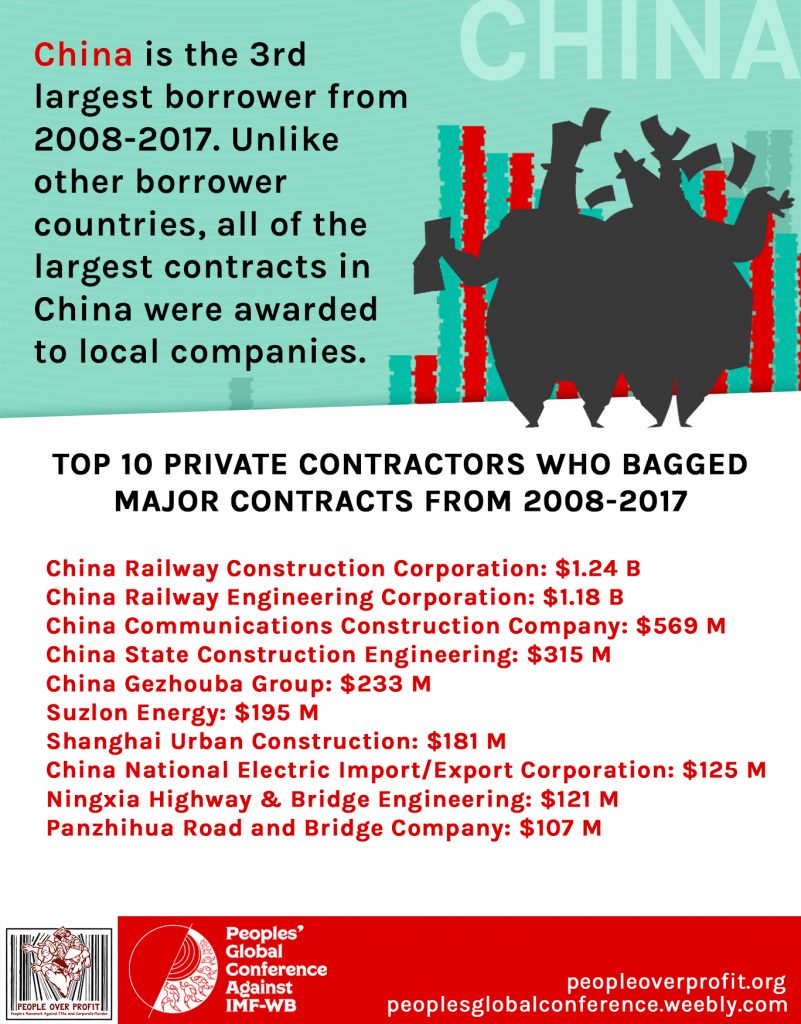 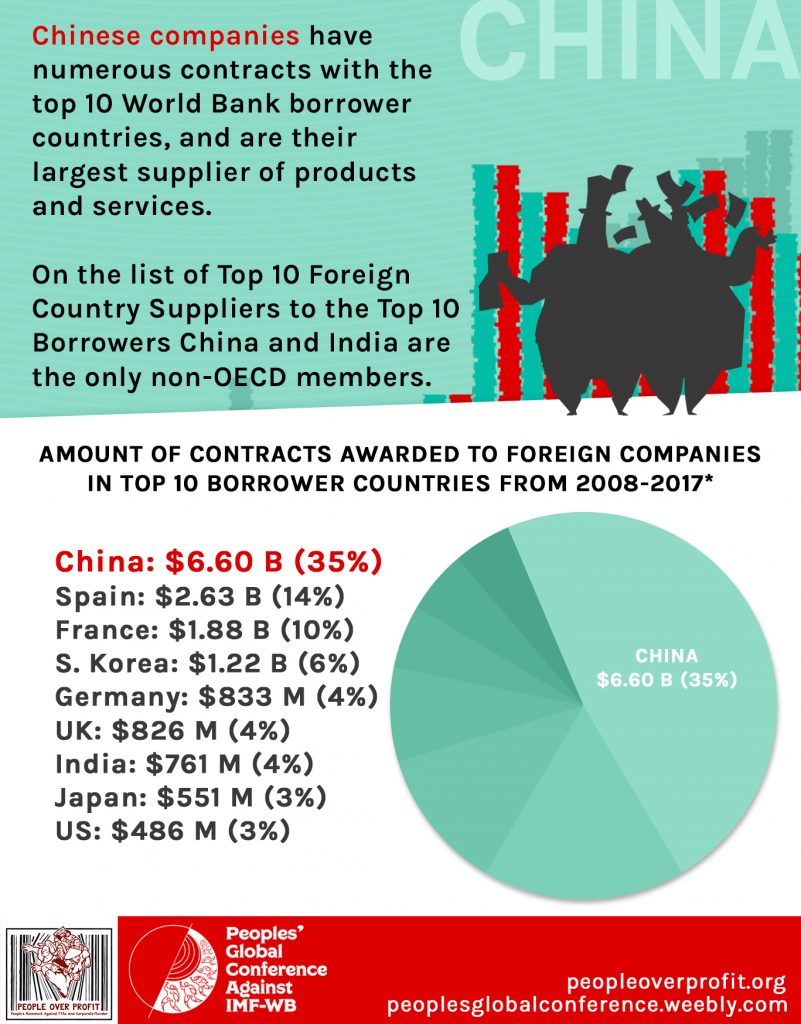