People Over Profits (POP) adds its voice in support of Sitel workers in Baguio City, Philippines who are under the threat of displacement owing to the impending account pullout of several clients of the business process outsourcing (BPO) company. The plight of the SiTel workers in Baguio highlights how schemes such as investment deregulation hyped by multilateral forums and national governments, in tandem with big business, abet precarity and embolden corporate power and impunity.

According to Sitel Philippines-Baguio Association of Rank and File Workers (SPARK), a newly formed employees’ organization leading the campaign for job security and tenure, at least 1000 regular employees will be affected by the management decision. 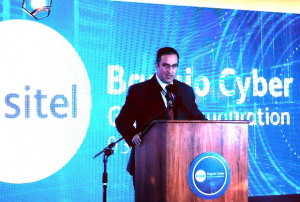 However, the future of the employees remains in limbo even as Sitel continuously hires new agents for other accounts. Affected employees will be either 1) in floating status with no compensation or benefits provided by law, 2) re-hired in other accounts but will undergo the same application procedure, or worse 3) forced to resign.

Members of SPARK are also facing harassment and intimidation by Sitel. One of their leaders was recently put under preventive suspension by the management.

BPO in the Philippines is widely touted as the country’s “sunshine industry”. According to the Information Technology and Business Process Association of the Philippines (IBPAP), the information technology and business process management industry has become the second largest source of dollar income for the Philippine economy. In 2015, the industry generated 1.2 million direct jobs and US$ 22 billion in revenues. Analysts anticipate that revenues from the BPO industry will soon overtake OFW remittances.

In contrast, most BPO employees in the Philippines continue to suffer the race-to-the-bottom story. Apart from heavy and variable workloads and hazards to occupational safety and health, BPO employees lack security of tenure. The compensation rate of call center agents has also sharply declined in recent years. There is no existing union in the entire BPO industry – considered a feat by the Business Process Association of the Philippines (BPAP) – even as BPO employees (78% according to surveys) desire to form and join unions.

The struggle of Sitel Baguio, Philippines stresses the need for people and their movements to push back against renewed attempts by big business, governments, and their multilateral institutions to rehabilitate and further scale up the neoliberal economic model that has wrought havoc in the Philippines and the rest of the world over the last few decades.

New trade and investment agreements are being hatched, such as the Regional Comprehensive Economic Partnership (RCEP), that aim to ease capital flows and the movement of production chains across borders by lowering or destroying the little that is left of policies and regulations protecting workers rights, resulting in a race-to-the-bottom. If left unchallenged, these encroachments on the fundamental rights of workers and people, such as security of tenure, decent wage, and right to organize, would soon become the norm. Companies like Sitel would continue with their labour rights violations with impunity.

People Over Profit recognizes that the struggle of Sitel employees and other BPOs in other parts of the world is an emblematic fight to break the tightening grip of big business over our resources, rights, and future.

We call on all members of our network to support, sign, and disseminate the online petition for the recognition of workers’ security of tenure in Sitel Baguio, Philippines and in the entire BPO industry. 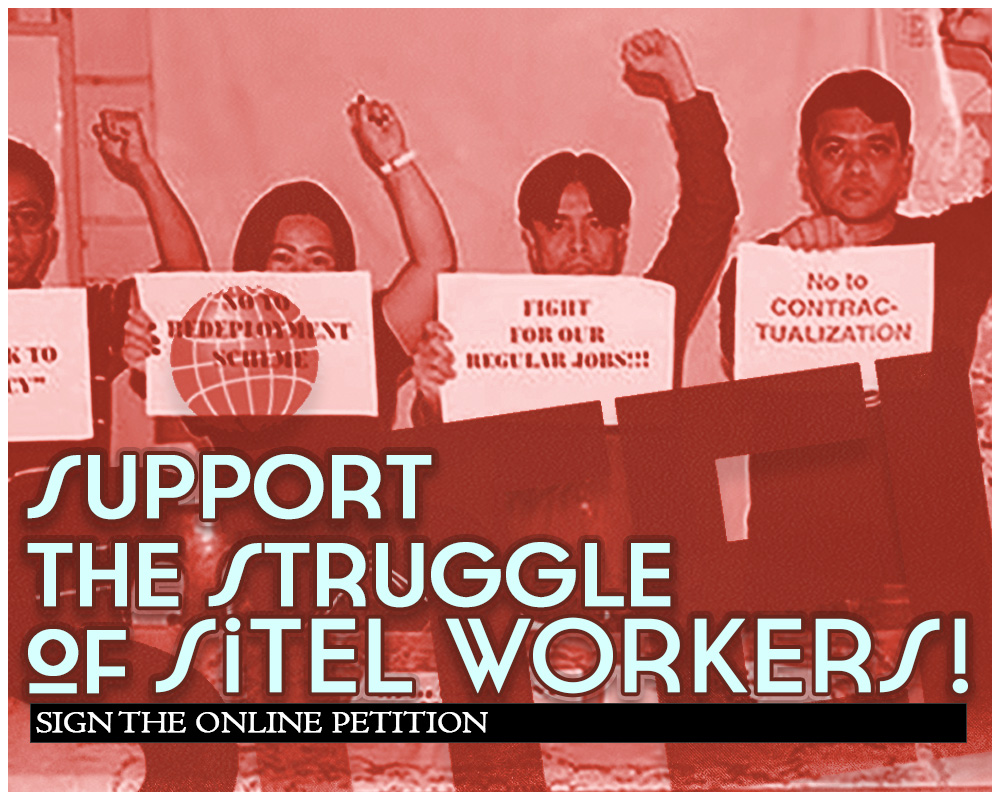