For those who are in Manila on April 30, join us for the forum “ADB Strategy 2030: Mga Panibagong Banta sa Karapatan at Kabuhayan ng Manggagawa at Mamamayan” (ADB Strategy 2030: New threats to the rights and livelihood of workers and the people) to be held in the NCCP Conference Hall (TBC) from 9:00AM to 12:00NN.

This activity is being held as the Asian Development Bank prepares for its Annual Governors’ Meeting on May 3-6 in its headquarters in Manila, Philippines.

The meeting seeks to seal ADB’s strategy for 2030 that primarily aims to intensify the neoliberal policies of privatization, deregulation and liberalization. This new strategy further seeks to facilitate the channeling of billions of funds in the form of debts and “technical assistance” to provide greater push for private sector-led infrastructure projects, corporatization of public transport, building of coal-fired power plants, job automation, and new free trade agreements, among others.

These policies would further sink the people into poverty and rob them of their rights. Thus there is a need to expose ADB’s role in facilitating the offensive of big transnational corporations and oppose its pro-corporate agenda. 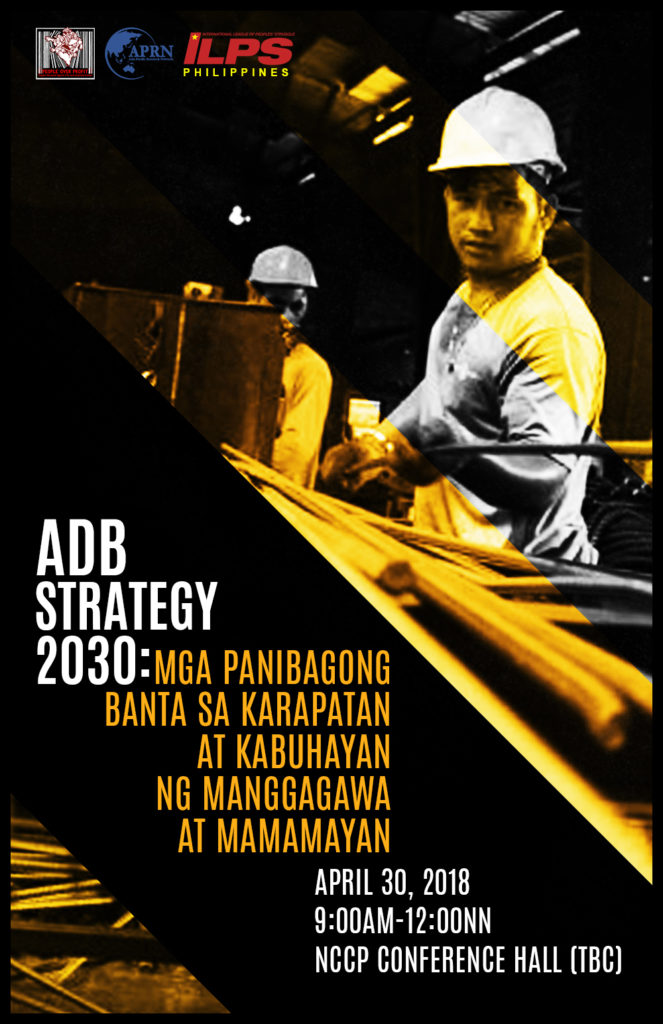